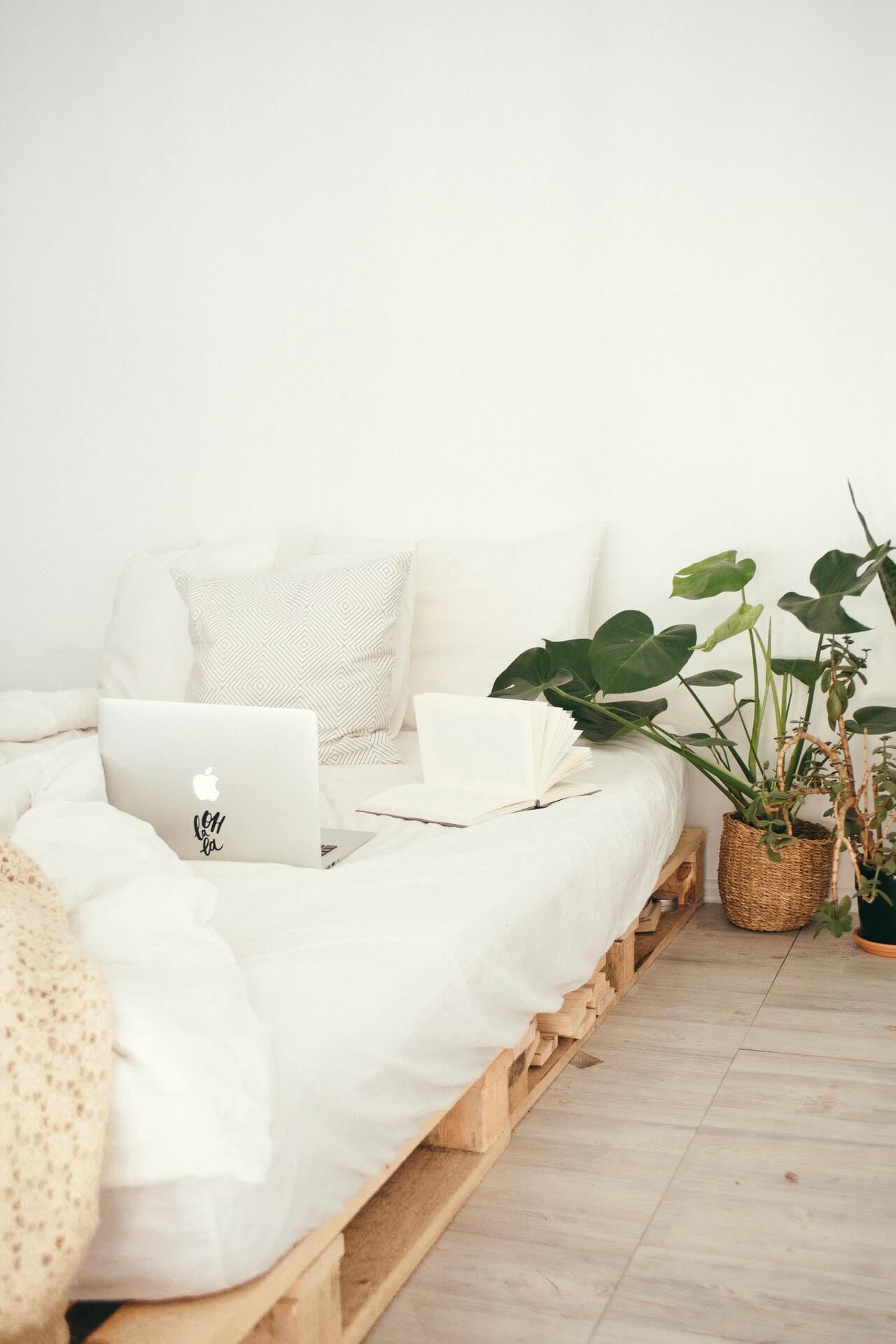 The bedroom is a place where you can relax. It is thought that flowers in the bedroom are a mediocre idea as these take away oxygen and release carbon dioxide at night, this is not entirely true! Check out what plants to choose for your bedroom to delight and do no harm.

Plants in the bedroom can calm and soothe the senses

If you have too many plants in your bedroom you may not get a good night’s sleep. However, potted plants do not have such a strong effect. You should place single, not too big plants in your bedroom. In a place, which is our oasis of peace and tranquility, small or medium sized decorative flowers will do better. Let’s also remember that there are species which purify the air from harmful substances.

Check out 7 plants you should choose for your bedroom

For bedrooms it is advisable to choose plants, which absorb carbon dioxide and produce oxygen:

It is a plant that moisturizes and purifies the air. In popular opinion, aloe vera is primarily known for its medicinal properties. It exhibits bactericidal, fungicidal and virucidal effects. When you decide to put aloe in your bedroom, remember to water it 1-2 times a week with a small amount of water. It is a plant, which does not tolerate low temperatures very well.

This flower with a very charming name needs a lot of space because it grows very fast. Apart from its charming name, it’s also very easy to grow. It doesn’t require much, but it gives a lot of itself. It produces large amounts of oxygen at night. It is also a very hardy plant. It stores water in its stiff and thick leaves, and therefore survives in an apartment without watering, for example, during a long absence of the owners.

These are certainly plants loved by our grandmothers and aunts. However, they are currently becoming fashionable again. Ferns are perfect for bedrooms because they like shady places. Not only are they pleasing to the eye, but they are also air purifiers. Remember to water them often

This is a plant which feels good in bright and sunny places. It likes to be watered at least twice a week. It is considered by many as an exotic flower. However, this popular plant can often be found in bouquets. In the bedroom, to enhance the decorative effect, you can keep it in a vase.

It is also sometimes called “iron plant”. Why such a name? It turns out to be deserved, because you have to try hard to neglect this plant. In particular, it is recommended for people who have little time to care for plants. The serpentine plant, also called mother-in-law’s tongues, fits perfectly into modern and minimalist arrangements. Its appearance is intriguing – it is non-stop green

This is the so-called lucky tree, because it is said to bring it to the one who has it and cares for it. The plant feels best in sunny places. However, it doesn’t require frequent watering and too much care. It is perfect for people who have problems with plants withering away.

This plant adapts quickly to almost any conditions. It’s an effective filter and cleans the air from pollutions like ammonia and formaldehyde. It is easy in cultivation and looks interesting.

What you should know about plants in your bedroom

In the bedroom it is advisable to grow plants which are characterized by reverse photosynthesis. What does this mean? It means that we should choose plants which produce oxygen during the night. If you have plants in your bedroom then they will not harm you and they will even help you to sleep better. Plants in the bedroom are also a decorative effect, sometimes they can serve as ornaments, they are great both on a dresser and classically on a windowsill. If they are in bigger pots, they can be placed on the floor. It also depends on the size of your bedroom.

How to make twisted candles yourself, a hot trend from Instagram?

Work dresses that will make you stand out in the office

5 loft style rules for the bedroom!

Author Graciela FaganPosted on 16 October 20208 March 2022
Do you want to decorate loft bedroom? We suggest how to easily recreate the industrial interior!
Read More

What plants to choose for the bathroom?

Author Graciela FaganPosted on 13 November 20208 March 2022
Would you like to have plants in your bathroom, but are concerned that they will not survive in such conditions? Despite appearances, many of them are favored by high humidity. Check it out!
Read More

Boho interior. How to decorate your home in this style?

Author Graciela FaganPosted on 8 June 20218 March 2022
Looking for inspiration when decorating your interior? Explore boho style and see how to create a cozy and natural decor in your home.
Read More

How to create a cozy living room? 5 additions that will help in metamorphosis

Author Graciela FaganPosted on 9 October 20208 March 2022
Do you dream of a beautiful, cozy living room? It is worth knowing how to prepare this place, which is, after all, the most important in the entire apartment. This is where we spend most of our day. It is worth taking care of the right accessories - see what they are
Read More