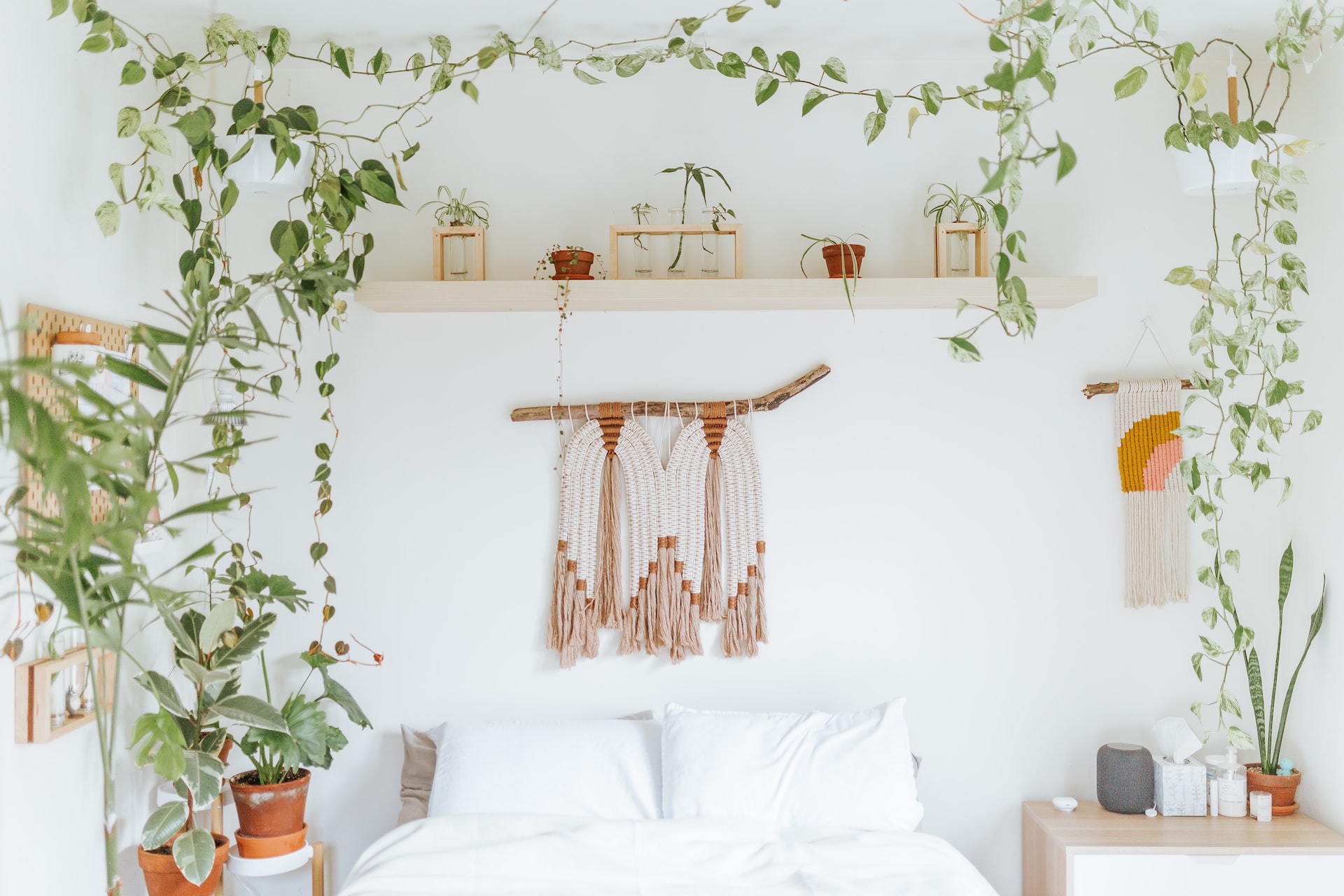 Macramé is very popular nowadays. Ornaments made of strings look beautiful in almost any interior. How to make the decoration yourself?

Macramé in recent years has become a real hit. You can buy them at many stands and craft stores, but the most enjoyable are those that you make yourself. It turns out that it is not at all necessary to have some artistic talent to make them. It is enough to know how to braid the cord to enjoy a unique, handmade decoration.

Macramé is the art of tying strings (without the use of crochet or wires), which was known already in ancient times. It used to be used not only to decorate interiors, but also royal robes. The word itself comes from the Arabic “macrame” which means a tied decoration. In our country, it is also accepted to use this word to refer to the technique of braiding the cord itself.

What do we need to make macramé?

To make macramé, to begin with we will need a stick, preferably one of about half a meter, but it can also be longer. You can buy it at a DIY store or bring it from the forest – it does not have to be perfectly even. It all depends on what size you want to make the ornament. For this you will need a special cotton cord in any color, but the most popular is the one in the classic shade of beige and white.  For this, it will also be useful to have some kind of stand or an ordinary clothes hanger, and some kind of hook where we can hang the stick. If you do not have a hook, you can successfully hang the hanger on a door, etc.

How to make a macramé step by step

To begin with, prepare 8 cords of about 300 centimeters, 4 cords of 340 centimeters and 2 cords of 380 centimeters. On the stick hook the cords folded in half: the longest in the middle, on the sides a little shorter and on the edges the shortest. To do this, you need to make a so-called attachment loop: the string folded in half forms a loop, which we can put on the stick – we pull the rest of the string through it and tighten it on the stand. And so, one at a time.

Next, we braid knots called flat knots. We form a square knot using four cords. We form the first of the outer cords into something like a four and lay it over the rest of the braid. In turn, we lay the fourth cord on top of the decoration over the first one, and then pull it through the loop formed between the inner cords and the four from the first cord. Tighten. Then we repeat the same process, starting from the other side.

Next comes the diagonal rib knot. We take the extreme left cord and wrap it twice with the second of the cords, making sure to go through the resulting loop each time. We also wrap another cord around the first cord and so on, one by one, until the last cord on the right.

How to perform a hand scrub?

How to get Shopify store to the top of Google?

Chinoiserie – how to introduce oriental style into the interior?

Author Graciela FaganPosted on 12 January 20218 March 2022
An original style that will transport you to the farthest corners of Asia!
Read More

Wabi-sabi – the worship of minimalism and imperfect beauty

These plants effectively purify the air in your home

Author Graciela FaganPosted on 11 December 20208 March 2022
Do you suffer from sinus pain or recurring migraines? The cause may be the poor quality of air you breathe every day. Learn about plants that purify the air!
Read More

How to warm up interiors for autumn? 7 ideas to change your apartment!

Author Graciela FaganPosted on 9 October 20208 March 2022
Is it gloomy and dreary outside? Leaves are falling from the trees, and the sun no longer warms so pleasantly? Autumn is not always beautiful and golden. It is then worth taking care of the appearance of your home. Just a few simple tricks to warm up the interior of your home for autumn. Check out our ideas!
Read More