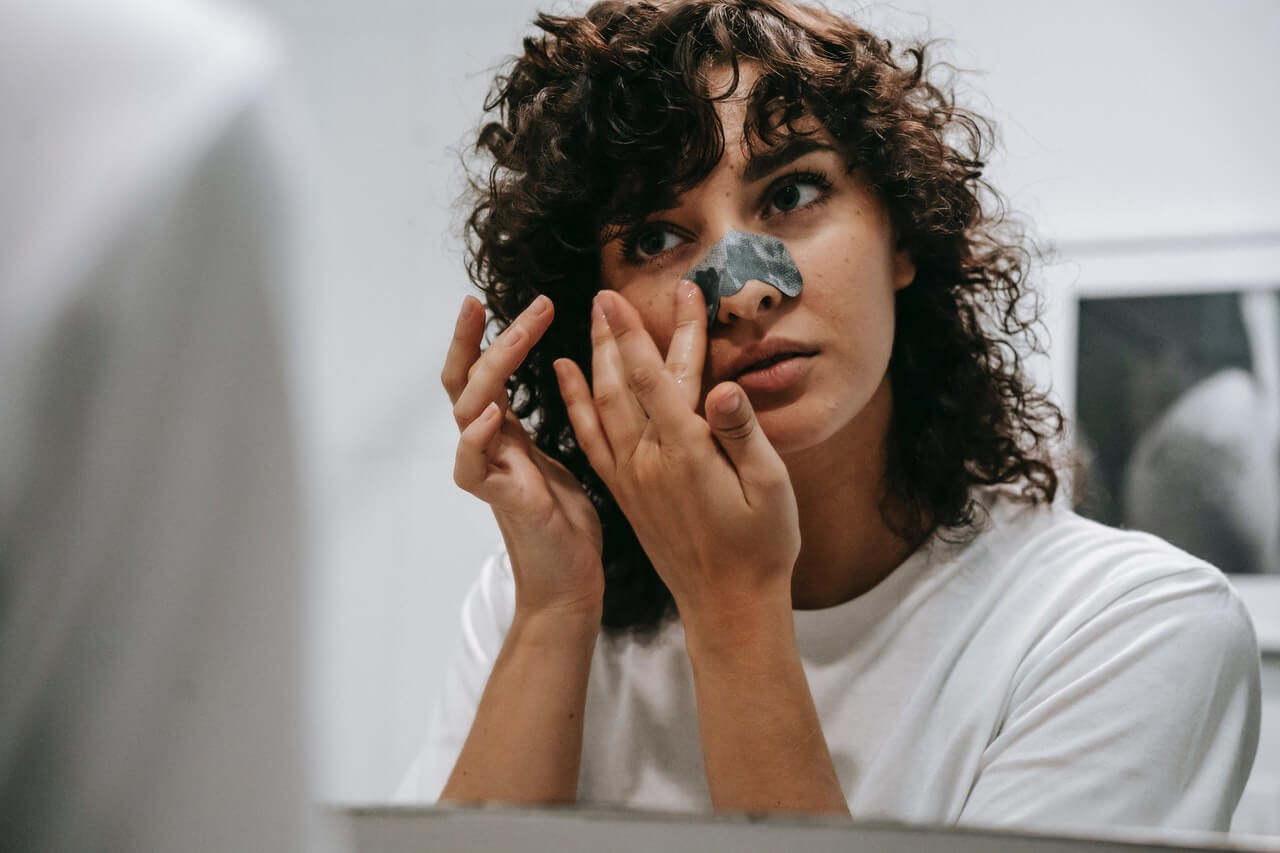 Blackheads are the bane of many people – both men and women. Black or white dots usually around the nose are very unsightly. What home remedies can be used to get rid of them?

Blackheads, which are tiny black dots or white bumps on the skin, are common and can be found on the face of many people. This is one of the frequent skin changes and in addition – not very aesthetic. Most often it occurs on the nose, forehead and chin, that is where excessive production of sebum occurs. As soon as blackheads appear you should take care of proper skin care. It is also worth using home remedies, which can be as effective as products from the drugstore

Blackheads – where do they come from?

Blackheads most often appear in young people. When teenagers mature, numerous skin problems such as acne often appear. The sebaceous glands produce too much sebum – sticky fat – and the epidermis does not peel off as it should. There are two types of blackheads: open and closed. The first are characterized by a dark, black shade. They look like small dots. They are formed when excess sebum produced by the skin comes into contact with the air. Then the sebum secretion oxidizes and that is why it is dark. Open blackheads can also be a consequence of bacterial infection (most often caused by propionibacterium acnes bacteria). If we do not start to react quickly enough and take care of the skin on which they have appeared, purulent changes may occur

On the other hand, light, white-beige are closed blackheads. Some people call them porridge, because they resemble it. They appear when there is a blockage (with sebaceous secretions, dirt and dead skin) at the mouth of the sebaceous gland. A characteristic feature of open comedones is that they are felt under the skin and it is difficult to get rid of them (incompetent removal may contribute to many other skin problems, such as hyperpigmentation).

What are the causes of blackheads? It is often the result of inadequate skin care. The reason can also be not very careful and irregular skin cleansing, sleeping in makeup, poorly selected and poor quality cosmetics, improper diet, which changes the pH of the skin (sweets, fat), as well as hormonal imbalance

Blackheads – how to get rid of them at home?

If you want to get rid of blackheads, undoubtedly you should start with regular and strong skin cleansing. Before we proceed to it, we need to remember about make-up removal and washing the skin with gel or toner to restore its natural pH. Then it is necessary to perform a scrub, for example from coffee grounds. Just brew the coffee, and then mix the grounds with a bit of washing gel. Massage the face with circular movements for a few minutes, then rinse it with lukewarm water and apply your favorite cream

An effective home method for getting rid of blackheads is the so-called “steam”. However, you need to know that it works only in case of open blackheads, that is dark ones. Pour hot water into a bowl. We bend over (so as not to burn the skin) and hold our face over the steam for about 5-8 minutes. After this time, we wipe the skin with a towel and squeeze out the blackheads, using a tissue. Finally, we wash our face with antibacterial tonic

Another homemade and at the same time effective “anti-blackhead” method is a mask made of egg whites. Just whip the egg whites into a stiff foam and apply it to the areas with blackheads. After 15-20 minutes wash it off with lukewarm water and apply a cream

A homemade aspirin mask can also help. To make it you need 10 aspirin tablets and 50 ml of water. Dissolve the tablets in water. The resulting slurry is applied to the entire face and left for several minutes. Then thoroughly clean the skin. This treatment effectively exfoliates dead skin and cleanses the pores.

How to make twisted candles yourself, a hot trend from Instagram?

Author Graciela FaganPosted on 16 April 20218 March 2022
Is soap a good facial product? Does oily skin need moisturizing? Find the answers to these and other questions in our latest article, in which we debunk skin care myths!
Read More

Author Graciela FaganPosted on 12 November 20208 March 2022
Autumn is the time when trees in domestic orchards bear fruit. Apples, pears and plums can not only be eaten but also used to prepare homemade masks. Check it yourself!
Read More
Tags: bath,Relax
Beauty care
Author Graciela FaganPosted on 10 February 202114 October 2022
Do you dream of a restorative and relaxing bath? It's a great way to relax after a hard day. Here are some recipes for a hot and fragrant bath that will give you strength for the next day!
Read More

The effect of diet on the skin – see what to eat to keep it radiant and young for as long as possible!

Author Graciela FaganPosted on 9 October 20208 March 2022
Eating healthy, good products guarantees us a beautiful appearance, healthy complexion and good mood. But how should a proper diet look like? Undoubtedly, you need to remember about several things
Read More